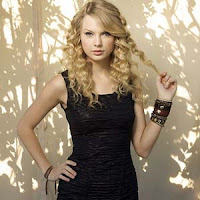 By now, it should be a well-established fact that if you bite Taylor, she bites back - a fact which John Mayer, Joe Jonas, and many other songwriting subjects can no doubt attest to.  Over the course of her career, she has regularly been criticized for weak vocals, and sometimes off-key live performances, but with her new single "Mean," Taylor minces no words in letting the critics and 'haters' know exactly what she thinks of them.

It's no secret that "Mean" is largely inspired by the oft-heard claims that "Taylor Swift can't sing."  Indeed, Taylor directly addresses such naysayers in the third verse as she imagines a drunken critic "rambling on about how I can't sing."  But the song's overall focus goes beyond such criticism to address meanness in general.  Taylor describes the effect that cutting words have on her ("I walk with my head down tryin' to block you out, 'cause I'll never impress you"), analyzes the motives behind such cruel behavior ("I bet you got pushed around.  Somebody made you cold"), and vows to rise above it ("But the cycle ends right now, 'cause you can't lead me down that road").

The biting lyrics are crafted in such a way that just about anyone who's been rudely or disrespectfully treated can connect with them, even if we don't necessarily relate to Taylor's specific situation.  How many of us have been put down by someone bigger or more powerful?  Taylor doesn't sugarcoat her reactive sentiments - she cuts right to the chase with "All you are is mean."  Juvenile that may be, but when addressing behavior that is insulting and immature to begin with, that's really all that needs to be said.

As another plus, "Mean" earns points for a cool acoustic-based arrangement featuring generous amounts of fiddle, banjo, and mandolin.  The song stands out as the most uniquely country track on a largely pop-oriented album, and arguably Taylor's most country-flavored single release to date, and it will likely stand out among its company on country radio.  It's always good to see a popular mainstream artist stepping outside the box in a sense.  If any artist could get away with such a move, not losing radio airplay as a result, Taylor Swift would likely be one such artist.

Still, the real treat here is a smart set of deliciously contemptuous lyrics that serve as a universal reply to mean people everywhere.  Add a cool arrangement and a snarky spitfire of a lead vocal, and you get one heck of a mean single.  Pun intended.